Doctors Are Forcing Government Hospital Patients To Buy Some Essential Drugs From Pharmecies?

Although Government Doctors are prescribing their patients to buy  certain varieties of Drugs from the private sector these Drugs are not out of stock at the hospitals but the supply of these drugs are limited according to the Hospital Pharmecies." Due to the short supply of these drugs doctors may be prescribing the patients to buy these from the private sector" a Government Pharmecist has said.

However the Government and Private Pharmacies too not able to cater the needs of these patients as they too not having some of these essential drugs with them as well as over 200 other drug items according to the Pharmacy Sources.

However the Medical Supplies Division ( MSD) has said that there is no drug shortage in the Government Hospitals as the MSD has supplied all drugs not largely but  with a limit.
- April 28, 2011 No comments: 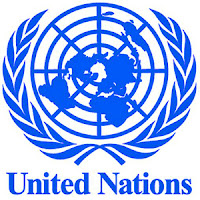 Government is planning stage a series of protests both locally and internationally against the alleged war crimes report against Sri Lanka 'The 'Darusman Report " made public by the United Nations and against the UN Secreatary General Ban Ki Moon the Cabinet Spokesman Keheliya Rambukwella has said today during the Cabinet Briefing.

While stating that the Sri Lankan Government has rejected the Darusman Report, he has stressed that
As a sovereign state Sri Lanka will taking steps to aware an international organizations like Non Aligned Movement and the member countries of the UN on   the biased UN Panel Report on Sri Lanka . 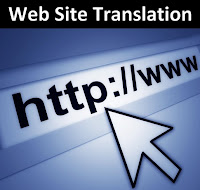 Pugoda Magistrate has today (28th) ordered the Telecommunication Regulatory Commission to temporarily ban the "Lanka E News News web site published in Sri Lanka till the legal proceedings of the  Journalist attached to the perticular web site regarding contempt of court is over.

The accused Journalist Shantha Wijesuriya was ordered to be remanded till 12th of May by the pugoda magistrate during today's court proceedings.The said Journalist was arrested by the Kirindiwela Police over publishing a false article on 25th of April 2011 by allegedly commiting contempt of court.

Meanwhile it has been reported that the Lanka E News administrators are scheduled  to appeal from the Court Of Appeal against the court decision on temporarily ban of their web site.