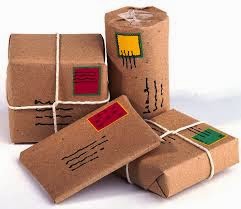 The Government has decided to revise postage rates with effect from 01st of August by increasing the minimum postal charge by Rs.5.According to the latest revised Postal charges the minimum Postal Charge will be Rs.10 from the previous charge of Rs.5.

Although the minimum postage rates increased certain other postage rates are expected to be reduced according to Postal Department sources.The proposal of making relevant changes to the Postal Rates have been received the Cabinet Approval.

The Gazette Notification regarding the revised postal rates is expected  to be issued next week.Although the postal charges are usually  revised for every three years the latest price revision comes after six  years.

Four Australians Were Hospitalized Due To A Wasp Attack

Four Australian Nationals were hospitalized today(27) due to a wasp attack occurred while they were climbing the Sigiriya Rock Fortress .The four Australians including two women were admitted to the  Kimbissa Hospital and later discharged after received treatment.

The Police has said that the the group of Australians have  faced this accident near the Lion's Paw Stairway at Sigiriya.
- July 27, 2014 No comments: