Former Deputy Highways Minister Mervyn Silva who was charged for tying a Government Servant To a Tree weak's ago is re appointed for the Post short while ago Government has announced.The Deputy Minister was free from the charges leveled against him when he appeared before an Inquiry Committee appointed by the President.

President removed the Deputy Minister 's Portfolio and the post of the Party Organizer soon after he was charged for harassing the Government Servant.
- September 08, 2010 No comments:

UNP Suspended The Party Membership Of Six MP's Crossed Over To The Govt. 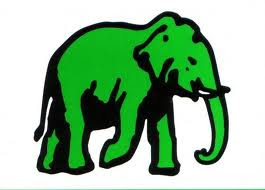 The Main Opposition UNP has decided to suspend the party membership of Six of their MP's who were crossed over to the Government Bench this evening and voted in favor of the 18th Amendment.UNP Working Committee is to meat soon and decide the disciplinary action against the Six MP's Lakshaman Seneviratne,Earl Gunesekere,Upeksha Swarnmalee,Nimal Wijesinha,Abdul Carder and Manusha Nanayakkare most probably  the cancellation of their Party Membership
- September 08, 2010 No comments: 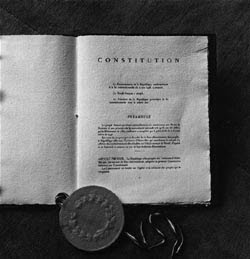 Much debated 18th Constitutional Amendment was passed with more then two thirds majority at the Parliament this evening at the time  the Main Opposition United National Party Parliamentarians boycotted the house proceedings.One hundred sixty one votes received in favor of the Amendment while Seventeen voted against.

Besides the One hundred Forty four Government MP's Sixteen Opposition Members including of Six UNP and Eight Sri Lanka Muslim Congress MP's were voted in favor of the Amendment.

The salient feature of today's Parliamentary debate on the Amendment was the cross over of the Six UNP Parliamentarians to the Government Bench just few hours before the voting take place.The Cross Over MP's were Lakshman Senevirathne,Earl Gunesekere,Actress Upeksha Swarnamalee,Manusha Nanayakkare,Abdul Carder and Nimal Wijesinha.Earlier they stated that they will supported the Government to pass the Amendment while remain in the Party.

The Passed Amendment now scheduled to be gazetted soon to become a law.

Main Opposition Party Boycotted The Debate On The Amendment

As the Government says they are having the support of at least around 160 MP's to pass the 18th Amendment including 16 of the Opposition MP's, the main Opposition UNP has decided to boycott the Parliament session today as a mark to opposing the proposed Amendment.The majority of the UNP MP's boycotted the proceedings this morning and participated the street protest organized against the Amendment.

Meanwhile adding fuel to the Government the popular tele drama acctress Upeksha Swarnamali popularly known here as Paba who got elected from the opposition UNP yesterday meet the president and expressed her support to the Government on the Amendment.
- September 08, 2010 No comments:

18th Amendment Presented To The Parliament

Main Opposition  United National Party(UNP) and Janatha Wimukthi Peramuna(JVP) along with Democratic people's Alliance and the Tamil National Alliance decided to act aginst the Amendment saying it is an unconstitutional and pave a way to dictatorship.

Meanwhile majority of the main Opposition UNP Parliamentarians launched a Street Protest from their Headquaarters Sirikotha to the Parliamentary premises this eve and faced a road block from t he Police on their way.Opposition leftist party JVP along with Democratic people's Alliance and the Tamil National Alliance are decided to participate the debate on the proposed Amendment which is now proceeding at the Parliament.The Voting for the Amendment is scheduled to held around 7 P.M Sri Lankan time and two third majority is needed to passed the Amendment as recommended by the Supreme Court.
- September 08, 2010 No comments: