The All Ceylon Medical Officers Association want  to shut down the controversial Private Medical Collage in Malabe with immediate effect under the newly elected government at the forthcoming election due to  poor standard of the medical degree it has been awarded according to the president of the Association Dr.Jayantha Bandara.

The medical degree that has been awarded at the Malabe Private Medical collage is not up to the standard although the collage  charging Rs.12 million for the degree Dr.Bandara Has said.
- July 17, 2015 No comments:

Although President Maithripala Sirisene has pledged the nation last Tuesday that former president Mahinda Rajapakshe will not be appointed as Prime Minister even if he manage to win a seat in Parliament at the forthcoming Parliamentary Election,the General Secretary of Sri Lanka Freedom Party has said today (17) that Former President will be appointed as  new prime minister after the election.

"It will be happened definitely " the SLFP General Secretary has told during the inaugural election meeting of UPFA   held at the Salgadu Stadium in Anuradhapura  this evening .

Meanwhile showing greediness to power of some powerful local politicians Professor Thissa Vitharana has said at the meeting that UPFA will appoint former president rajapakashe as new prime minister after the forthcoming election and abolish the executive presidency ."So it will complete the promise made by current president maithripla sirisene during presidential election regarding abolishing the executive presidency " he has stressed.

You’re always there when I need
A little cheering up
Or maybe just a smile
Or a friendly hug
So, I just wanted to say
In the most sincere way
Thank you for being my friend
Today and everyday
- July 17, 2015 No comments:

The former president Mahinda Rajapaksha who has been appointed  as the chairman of election operations committee of the United Peoples Freedom Alliance(UPFA) recently has said today(17) that he has not betrayed the motherland although the finger has pointed on him that he has done so.

Addressing the inauguration election rally of UPFA held at the Salgadu Stadium in Anuradhapura(North Central Province) this afternoon the former president has stressed that he will make any sacrifice to protect the Sri Lanka Freedom Party(SLFP) which is the largest party belonging to UPFA.

The former president has also told that  he was accused of betrayal charges because he didn't bow down to foreign powers when he was in power.

The Chairman of UPFA  current President Maithripala Sirisene has not attended the inauguration election rally of UPFA as he has decided to stand neutral during the election campaign
.
- July 17, 2015 No comments: 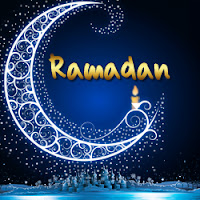 The Muslim Community in Sri Lanka will Celebrate Eid Ul Fitr Festival Known as Ramadan tomorrow(18) as the full moon has been sighted today(17) the Colombo Grand Mosque has announced.Ramadan will mark the ending of the  month of fasting which the Sri Lankan Muslim Community has begun on 19th of June .
- July 17, 2015 No comments: