Current Expenditure On Government Services To Be Increased From Next Year

Prime Minister D.M Jayaratne has presented the Appropriation Bill that provides the services of Financial Year 2012 to the Parliament this evening.According to the Bill the Total estimated expenditure for the year 2012 is Rs.2220 Billion with the current expenditure of Rs.1029 Billion in 2011 is to be increased to Rs.1109 Billion by next year.

The Health Ministry has ordered the National Drug Authority today (18) to carry out  an Island Wide inspections  on  Beauty Parlous to test their standard   from the beginning of this November.Under the regulations vested through  the Drugs,Cosmetic and Devices Act ,the Food and Drug Inspectors attached to the Drug Authority are to carry out these inspections according to the Health Ministry Sources.

These Inspections are to be carried out following the public complaints on some Beauty Parlous stating that they are not providing a standard service the sources added.Most recently a Local Female Music Teacher has died due to the Complications occurred after getting a facial from a Beauty Salon. As a result the authorities have shut down the relevant Beauty Salon and an inquiry is in process .
- October 18, 2011 No comments: 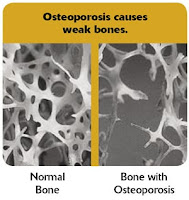 Around 40-45 percent of Sri Lankan Population are suffering from the Bone Breaking Disease "Osteoporosis" according to a  newest study  A Rhuematology Specialist attached to the Colombo National Hospital Dr.Lalith Wijerathne has said today .According to him around 35 percent out of that percentage are women.

Addressing a Media Seminar on Osteoporosis held at the Health Education Bureau in Colombo today he said that as Osteoporosis occurred due to the  Calcium and Vitamin D deficiency People especially the elders are advised to take sufficient Calcium,Vitamin D and Protein enriched meals daily as well as engaging regular Physical Exercises.

Due to the Calcium and Vitamin D Deficiency the bones became softer and as a result it begins to break during a sudden fall he added.The highest number of fractures occurred in Hip and  the year 2006 alone around 2700 Hip Fractures related to the Osteoporosis have been reported through t the Island according to a Study Report.The Medical Specialists are expecting that number to be increased by the year 2040 with  7000 Hip Fractures the study has further revealed.
- October 18, 2011 No comments: