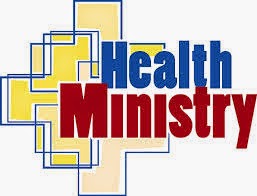 The sacked Media Officer of the Ministry Of Health D.Wanninayake was hit and chase out from the health secretary's office  by the out going Health Ministry Secretary Dr.Nihal Jayathilake when media officer went to him per Dr.Jayathilake's request on last Friday (23) evening Health Ministry Sources have revealed.the health secretary has also informed the audit to probe  on the media officer wanninayake the way he has earned millions of rupees  as commissions through the fraud tender deals over the past few years sources added.

Out Going Health Secretary Dr.Nihal Jayathilake who is due to be appointed as the new secretary of the economic development ministry has scolded  media officer wanninayake heavily last Friday evening at the health secretary's office by accusing  him that he has exposed information to the media on several corrupt tender deals in the ministry which both of them were involved in.when  the media officer tried to defend him self by saying that he had nothing to do with the media reports the angry health secretary hit and chased him out of the office after handing over his removal letter sources said..d.wanninayake who was served as the media officer in the health ministry for 9 long years although he was released to the ministry for 2 year period is due to return to the information department.

As the media officer was sacked from his post over his involvement in fraud tender deals ,health secretary too was removed from the office over the same offence and he is due to move to accept his new portfolio as the secretary of the economic development ministry soon by replacing the treasury secretary Dr.P.B Jayasundera,
- May 25, 2014 No comments: