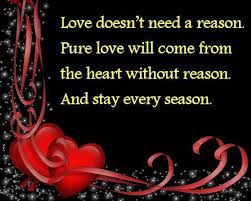 Three French Nationals who were attempted to fly to England through Fake Passports have been arrested at the Katunayake Bandaranaike International Air Port yesterday(28) by the Criminal Investigations Department (CID) .

The three male french nationals who are in the ages of 24,27 and 50 were arrested and the CID has launched an investigation on the incident.
- May 29, 2015 No comments:

Five Opposition MP'S Have Given Ministerial Portfolios Of The Government

Five MP's of the main opposition Sri Lanka Freedom Party(SLFP) have given Ministerial Posts today(29) by the President Maithripala Sirisene.Out of the five new ministers one received a Cabinet Portfolio.Three received State Ministerial Portfolios and one received deputy ministerial portfolio.

Opposition MP Lakshman Yapa Abeywardne has received the Cabinet Ministerial Portfolio of Parliamentary Affairs while MP'S Pandu Bandaranaike,Ranjith Siyamabalapitiya , and Hemal Gunasekere have received the state ministerial portfolios of state minister of public administration and democratic  governance,State Minister of Environment and State Minister of Housing and Samurdhi respectively.MP Chandrasiri Suriyaarachchi has given the post Deputy Minister  of Lands.