As the Food Advisory Council (FAC)attached to Health Ministry has keep on avoiding  making any announcement to the public whether the imported milk powders available in local market are free from DCD agro chemical ,the Government Medical Officers Association(GMOA) has again requesting the FAC to reveal  the number of DCD Contaminated imported Milk Powder Packs removed from the market so far .

After DCD Contaminated Milk Powder issue came to the limelight during early August this year  Food Advisory Council headed by Director General Of Health Services Dr.Palitha Mahipala who is also the food authority of the country has only managed to remove 252 DCD Contaminated Milk Powder packs up to now according to GMOA.those milk powder packs were removed from the market during first week of August and since than not a single pack of imported Milk Powder proved as contaminated with DCD  has been removed from the market the Union sources said. 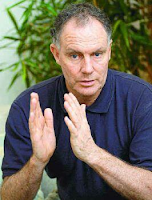 The Former Australian Cricketer Greg Chappell who has retired from international cricket on 1984
had a disastrous coaching career as Indian Cricket Coach during 2007 World Cup and also known for his differences with some senior Indian Players like Saurav Ganguly during his short coaching career in India.