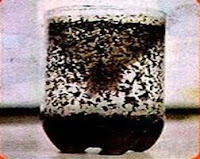 The Amount  of Dengue Mosquito Larvae in Dengue Risk Zones of the Country are  increased by 15 to 20 folds during the period of February to November this year according to Health Services Entomology Assistant Officers Union .The union has said that some Zones including the MOH areas of Kaduwela,Kolonawa,Maharagama in Colombo District and Mahanuwara and Gampaha MOH areas the Mosquito Larvae are nearing 25 of the Breabau Index which measured the Dengue Mosquito Larvae while in other areas the Index is at 20.

The normal rate of the Dengue Mosquito Larvae is less than 5 in the Index but the Sri Lankan standard is higher than that according to the spokesman of Health Services Entomology Assistant Officers Union.

The increasing number  of Dengue Mosquito Larvae caused due to the disposed Yoghurt/Ice Cream Plastic Cups,Polythene,Disposed or uncovered Tires exposed in to the environment  in those areas which are prone to breading of Mosquito  Larvae he stressed.If the authorities are not taken any action to launch a regular Dengue Mosquito Control Programmes throughout the Island soon  the amount of Dengue Mosquito Larvae will increase further during the next monsoon rain scheduled during December -January period the spokesman has  further added.
- November 07, 2011 No comments: