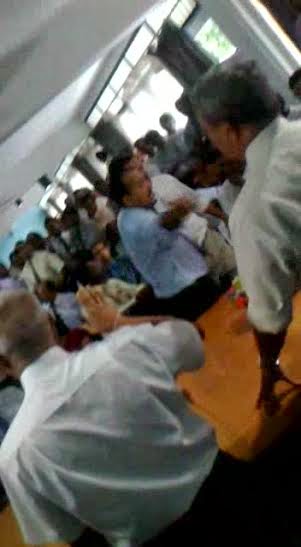 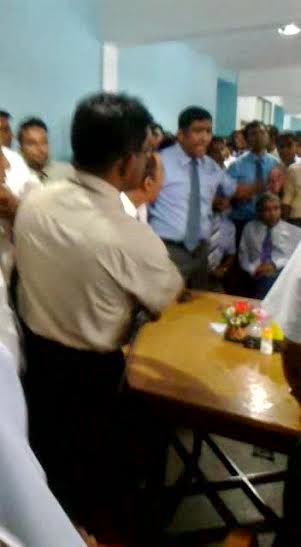 The brawl which had lasted around 40 minutes was settled with the intervention of the Police Officers hospital sources said.

The Group Of Doctors who invaded the meeting had manhandled some consultants and threatened them to stop the meeting by using obscene language the eye witness doctors  who were participated at the meeting have said.The former exco members of the GMOA had also broken the tumblers there in the tables and pushed the chairs it has been reported,Due to this  unexpected intervention of some of the former exco members of GMOA the meeting was abandoned and later it was held at the Neuro Surgery Unit Auditorium of the Hospital a midst the tight security of the police.

The reason behind the rude behavior of the former exco committee members of the GMOA is that due to the most of the doctors gathered at the meeting were  planning to form a branch union of the suspended GMOA at the Colombo National Hospital for solving their service problems.
- July 30, 2014 No comments: