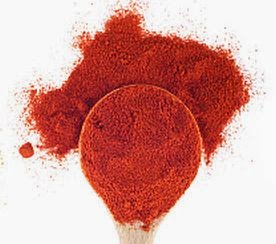 Around 15,000 Killo Grammes Of Fake Chili Powder made by using Rice Flour,White Flour and Cloth Dyes were recovered from a grinding mill situated in Sedawatta ,Wellampitiya area (Colombo Suburbs ) according to the Consumer Affairs Authority.

This fake chili powder  are being distributed  to Hatton and Awissawella areas for sale sources said.The Consumer Affairs Authority has been questioning the two persons  attach to the grinding mill that produced  the fake chili powder .
- July 22, 2014 No comments:

Special Commodity Tax On Imported Sugar Has Been Increased By Rs.3

The commodity tax has been increased   to protect local sugarcane farmers and against the drop of sugar prices in the international market  .Due to the new tax increase the price of imported sugar in the local market will not be increased according to the sources.

As there's a possible threat of re entering Dycyanamide (DCD) contained Milk Powder to the local market ,the Government Nursing Officers Association has today requested the Health Ministry and the Consumer Affairs Authority to conduct a full inquiry  to see whether DCD contained Milk Powder are available in the market at present.

The President Of the Nursing Officers Association Saman Ratnapriya has said that  according to the statement made by Industrial Development  Minister Champika Ranawake few days back, the Ice Cream distributed among devotees through the Poson Alms Giving Centers(Dansala's) in island wide last month were made from DCD Contained Milk Powder and it proves that  the DCD Contained Milk Powder has re entered to the local market,

Even Industrial Technology Institute(ITI) has confirmed through the tests carried out on the Ice Cream Samples collected from Alms Giving Center that those Ice Creams contained DCD he has stressed.although the Health Ministry has said that the detained stock of DCD contained Milk Powder removed from the market last year had destroyed it either re entered the market else the stock has secretly transported to the Food Manufacturing Companies to make Milk Foods Ratnapriya has said.
- July 22, 2014 No comments: