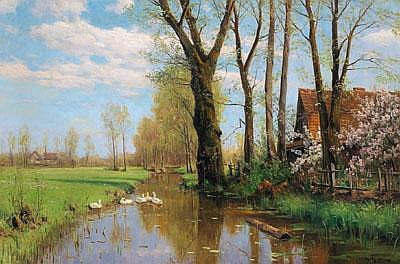 THIS LIVE LANDSCAPE PAINTING WAS DONE BY YESTERYEAR GERMAN ARTIST WALTER MORAS WHO SPECIALIZED TO  SOME EXTENT IN WINTER SCENES.
- October 28, 2015 No comments:

The Medicinal Drug Prices in the local market will be reduced definitely under the National Drug Policy Act   according to Minister Of Health,Nutrition And Indigenous Medicine Dr.Rajitha Senaratne.

The Ministry Of Health has reached an agreement with Multi National Drug Companies importing western drugs to Sri Lanka and accordingly a new price mechanism will be introduced for drugs soon Health Minister has said.

After introducing the new price mechanism for drugs a flying squad will be formed at the Independent Drug Regulatory Authority to check  whether the mechanism is functioning correctly he has revealed.

"Now everyone is seems to be afraid of some provisions contained  in National Drug Policy Act and they should have been afraid on regulations not the provisions of  the act" The Minister has stressed.

According to the Health Minister he has already gave instructions for the relevant authorities to make regulations regarding implementing the price mechanism for drugs.

"We need to fill the shortage of pharmacists at Independent Drug Regulatory Authority in view of activating  the new price mechanism of drugs Minister has further added.

Austrian Air Lines will be using a Twin Asle Boeing 767 Air Craft for it's Direct Flight to Colombo from Vienna and the first flight touched down today  at Katunayake Bandaranaike International Air Port according to the Air Line's Chief Commercial Officer Andreas Otto.This Air Line is the only European Air Line in the German Speaking Region of Europe that flying Directly to Colombo Austrian Air Lines Chief Commercial Officer has stated.

Austrian Air Lines is hoping to attract Passengers of Switzerland And Germany to use this Direct Flight to Colombo the Travel Daily Media has reported by quoting otto.

The Commission To Investigate Allegations Of Bribery Or Corruption today(28) had approved to recruit 50 new Police Officers to it's Investigation Division according to Director General Of the Commission Dilrukshi Dias Wikramasinghe.