The Health Authorities have decided to establish a special free eye clinic for Diabetic Patients at Eye Hospital in Colombo to be functioned daily with effect from tomorrow(27) according to the Ministry Of Health.This clinic which is to be inaugurated at 2 p.m tomorrow will establish in view of testing the vision problems of Diabetic Patients as the eye disorders among Diabetic Patients are on the increase Consultant Ophthalmologist Dr.Charith Fonseka has said.

Addressing a Media Seminar held at the Health Education Bureau this morning on"Diabetic Retinopathy" Dr.Fonseka has said that People who are suffering from Diabetes in the age group 45-60 are vulnerable for eye disorders including blindness. 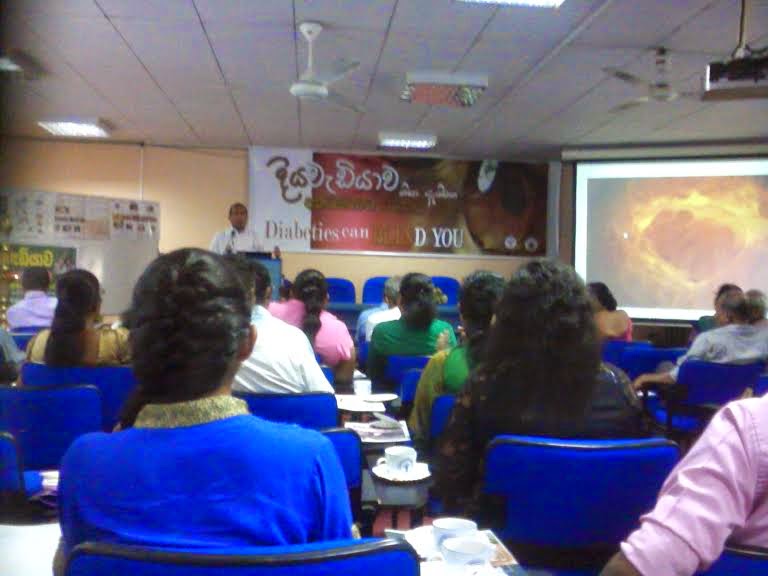 It has been revealed that around 20% of the Sri Lankan Urban Population and 8% of Rural Population are suffering from Diabetes mainly due to the bad food habits,lack of exercise and mental
stress.

The Ministry is due to declare a "Health Sri Lanka" Programme withing the first week of December to educate the public on non communicable diseases including Diabetes the Director General Of Health Services Dr.Palitha Mahipala has said.