"Health Ministry should have take action against these unqualified Private Hospital MLT's to ensure the  quality of lab tests performs in the private sector " mr.jayasekera has further said.
- August 05, 2013 No comments:

Thirty One Teeange Mothers Have Died Due To Complications In 2011-2012 -Dr.Deepthi Perera 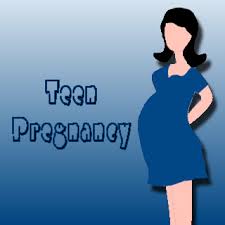 Thirty One Teenage Mothers aged between 15-19 have died during 2011-2012 period due to the complications they have during pregnancies according to the Dr. Deepthi Perera the director (Mother and child care) of Family Health Bureau .it has estimated around 21,000 -22,000 teenage pregnancies may have occurred in Sri Lanka annually she has said.

Due to the unwanted sexual behavior among section of teenagers 28 out of every 1000 teenage girls in the country become pregnant during the ages of 15-19 and this rate is 6.1 % form the total number of pregnancies occurred annually in Sri Lanka.the most number of teenage pregnancies have been reported from eastern province according to dr.perera.

Due to the teenage pregnancies health complications like high blood pressure,anemia and convulsions will occurred and there's a 50% chance of infants born to these mothers to be dead  from birth comparing  to those births of mothers aged between 20-29 according to the doctors.it has been reported around 60% of teenage mothers in the country are from rural families lives with poverty.

Giving good knowledge on reproductive health to the teenage girls under 14 years,giving continuous education for girls and a good relationship between parents and teenage daughters will help to prevent these unwanted teenage pregnancies dr,perera has further said.