There is no Tsunami Threat to Sri Lanka due to the powerful 8.9 magnitude Earth Quake and after temors hit in Northeastern Japan today (11)according to the Sri Lankan Metereology Department.

The Tsunami which hit Sri Lanka as well as in other Indian Ocean Countries in 2004 too occured after 8.9 magnitude powerful earthquake hit in Indonesian Coast.According to the Tsunami Warning Centre in Hawai Tsunami threat issued to the whole Pacific coast including Japan and Taiwan,Philiphines,Russia,Mariana Islands and Papua New Gunia.
- March 10, 2011 No comments: 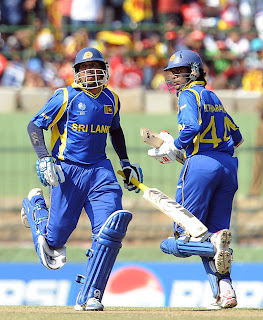 With this victory Sri Lanka has been qualified for the  Quarter Finals in the World Cup by earning 7 points from 5 matches they have played withing Group A.After won the toss Zimbabwean Captain Elton Chigumbura put Sri Lankan's  in to bat first and Sri Lankans scored 327 runs for the loss of 6 wickets with openers Thilakaratne Dilshan and Upul Tharanga put a recordable opening stand of 282 runs for the first wicket which is a ICC World Cup Record..Dilshan has scored 144 runs and Tharanga  scored 133 runs.

By replying the Zimbabweans open their run chase with a valuable 106 run opening stand.With the  help of poor fielding and dropped catches by some of the Sri Lankan Cricketers.Zimbabweans managed to reach 188 runs before  Sri Lankan veteran Off Spinner Mutthaia Muralideran ,Thilkaratne Dilshan and Angelo Mathews turned the match in favor of Sri Lankans by collecting wickets in regular intervals.Dilshan is the pick of the bowlers by getting 4 wickets for just 4 runs supported by Muralideran and Mathews who got 3 and 2 wickets respectively.

Thilakaratne Dilshan was adjudged as the Man of the Match for his brilliant all round performance with bat and ball. Sri Lankan team has recorded 3 wins in their 5 matches played so far and lost to Pakistan and tie a game with Australia which was abandoned last week due to the bad weather. 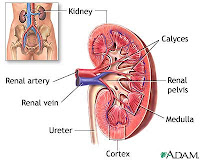 The Medical Experts at the World Health Organization(WHO) Sri Lankan Office said that after receiving the research reports by June this year they can give the exact reason or reasons that caused the unidentified Chronic Kidney Disease spreading in North Central Province in Sri Lanka.The Chronic Kidney Disease which not showing any symptoms during early stages of the disease killed several people in North Central Province during last few years.

According to the National Professional Officer of the WHO Sri Lankan Office Dr.Lanka Jayasuriya Dissanayake till the research conduct by 10 groups compromising 60 researchers concluded, they cannot give any particular reasons which might caused the said Kidney Disease.

It has been reported that out of the total number of Kidney Patients reported from the Island 22 percent are reported from the North Central Province where  6 percent of theSri Lankan Population reside in.
- March 10, 2011 No comments: