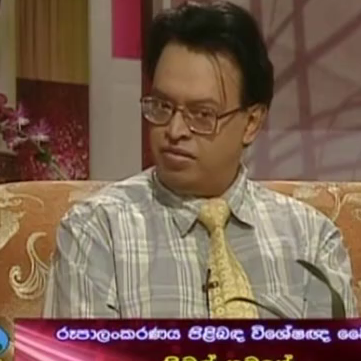 If the Suspected MBBS Doctor Nimal Gamage who was remanded due to the death of a Lady Doctor at his Clinic found guilty on  violating the code of ethics in the Medical Profession, his registration of the Sri Lanka Medical Council could be cancelled with immediate effect Health Sources said.

The Medical License belongs to Dr.Gamage  in California ,USA was reported as Cancelled in charges of  medical negligence on 2005.

The suspected Doctor who was detained after the death of the  Lady Doctor attached to Plastic Surgical Unit who died after administering anti biotic injection to her neck by the said doctor gamage was remanded till next Monday(18).He is due to be produced before the Colombo Magistrate Court on Monday.

Meanwhile the suspected doctor who was shifted to Ward "H" of the Walikada Prison last Wednesday after got remanded had  transferred to the Prison Hospital due to the medical reasons prison authorities have  revealed.
- August 15, 2014 No comments: