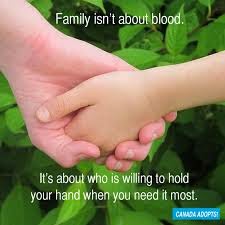 Glaucoma Disease Among Sri Lankans Are On The Increase

The Glaucoma Disease among the Sri Lankans are on increase according to the  local Eye Surgeons.The Eye Surgeon Dr.Muditha Kulatunge has today (10) said that around 12% out of the total number Blind People that are currently in Sri Lanka becomes blind due to the Glaucoma.

According to a latest survey around 48% of those who are having a  low vision being in that situation due to Glaucoma.

Glaucoma an eye disorder which permanently damaged the
Optical Nerves and caused the total blindness  of  a person are common among those over 40 years old and above 60 years old Dr. Kulatunge has stressed.

As there's no permanent cure for the Glaucoma  Disease those who are at risk of getting the disease should check their eyes once in 2 to 3 years she has revealed.

A special Glaucoma Clinic for the risk groups is due to be held in Colombo Eye Hospital on this Thursday(12) from 8 a.m to 12 noon it has been announced.

The leftist Janatha Wimukthi Peramuna(JVP)  has today(10) called for the resignation of Central Bank Governor Arjuna Mahendre due to a controversy Treasury Bond Issue involved in his son ln law.

Central Bank Governor who is also an International Banker has appointed to the post only on 23rd of January this year has been in spotlight during last week due to the controversial deals made in the bond markets involved by a firm "Perpetual Treasuries" which is connected to Arjun Aloysius the son in law of the  Central Bank Governor Arjun Mahendren..

President Maithripala Sirisena has appointed a three member special committee to investigate on the alleged irregularities occurred in the bond issue of the Central Bank.
However the JVP Parliamentarian Sunil Handunneththi has today says that the appointing of a Special Investigations Committee is not enough  and there's a need of a formal investigations over the treasury bond issue with transparency.He has requested the Central Bank Governor to resigned from his post temporarily to ensure the transparency of the investigations .Otherwise people will loosing the faith in the Central Bank MP Handuneththi has stressed.
- March 10, 2015 No comments: