Troops Attached to the 53rd and 55th Divisions of the Sri Lankan Army Liberated the Pallai Area in the North This Morning.Meanwhile Air Force Jets Destroyed Two large LTTE Boats in the Chundikulam Lagoon this morning.
- January 07, 2009 No comments:

Chief Editor of the "Sunday Leader" News Paper Lasantha Wickramathunge(52) Died with Sustained Injuries This Evening after An Unidentified Gunmen Shot his head in Colombo Suburbs.Mr.Wickramathunge who is a Popular Media Personnel in Sri Lanka due to His style of journalism attacking the Government's Corruption activities was driving his Vehical to the News Paper Office when he was shot Around 10.30 A.M.He was Rushed to the South Colombo General Hospital(Kalubowila)Soon after the Incident by a Pedestrian and Surgeons Battling to Save his life by Performing a Surgery For More then Three Hours. but all Efforts taken to saving his life failed and He was Announced as Dead around 2.20 this evening.Mr.Wickramatunge sustained with External Bleeding and Brain Damage when he was passed away says The Director of the South Colombo General Hospital Doctor Anil Jasinha. According to him Mr.Wickramathunge's Heart was stopped at the time he got Admitted to the Hospital.
He was shot by Two Unidentified Gunmen chasing his vehicle from a Motor Bike Eye witnesses said.Mr.wickramathunge was shot Three Gun shots to his head but no bullets were found during the Surgery according to the Hospital sources.
Several Media Organizations and the Government Condemning this attack by saying this Assasination is a Big Blow to the Media Freedom Here.
- January 07, 2009 No comments: 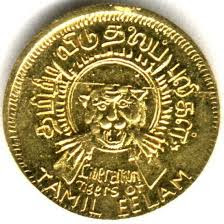 Sri Lankan Government has Decided to Ban the Terrorist Organization LTTE This Evening who are involved in war with the Government Forces Over Two Decades.The using of Large Number of Civilians In Vanni as the Human Shield has been the Main Reason behind this Ban According to the Government Sources.After This evening's Cabinet Meeting Government will Announced this Ban the Sources further said.
Meanwhile Sri Lankan Ministers of Human Rights and Foreign Affairs urged the International Community to look in to the Human Rights Violations of the LTTE .
- January 07, 2009 No comments: 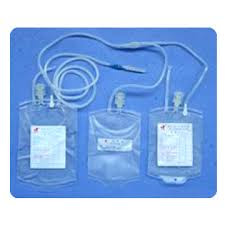 Ministry Of Health Notified the Public Services Commission to Conduct an Disciplinary Inquiry on Thirty Eight Suspects attached to the National Blood Center -Colombo who are Proved to be Involved in Issuing of Expired Blood Kits to the Government Blood Banks.According to the Inquiry Report Of the Special Investigations Unit Of the Health Ministry These Persons are found Guilty on involving to the Incident.Majority of those Accused are Medical Officers and there are Administrative Officers,Store Keepers and Other Staff of the Blood Center also among them Ministry Sources said.
With these Thirty Eight The Total Number of People found to be Involved in this Expired Blood Kits Case risen to Forty Two.The Issuing of Expired Plasma Pherasis and A Pherasis Blood Kits To Four Government Blood Banks Rocks the Sri Lankan Health Sector In last July and the former Director of the National Blood Centre Dr.M.Bindusara,Medical Officer Dr.Lahir and Two Store Keepers of the Center were Interdicted by the Public Services Commission Due to their Direct Involvement to the Incident.
- January 07, 2009 No comments:

MTV/MBC Broadcasting Corporation Today(07) Announced that they will Awarded Rs,Five Million Prize Money for anyone who can provided an Information about the Gang Members who Burnt the Sirasa T.V Main Control At Depanama,Pannipitiya yesterday.Special Police Investigations Team is already carrying an Investigations on this Incident.But still no one related to the Incident get Arrested.
Meanwhile Large number of People's Organizations and Political Parties hold Protest Campaigns today in colombo and other parts of the country urging Government to Restore Media Freedom in the country and Punished Those who are behind this Incident.
- January 07, 2009 No comments: