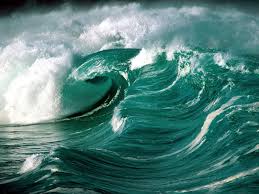 The Disaster Management Center (DMC) has warned that deep and shallow sea areas in from Puttalam to Potuvil via Colombo may be rough and dangerous with strong winds.the winds of those sea areas may increase to 60 -80 kilo meters per hour DMC has stated.

Meanwhile the meteorology  department has said that there will be  showers or thunder showers in sea areas of Puttalam to Hambanthota via  Galle and few other sea areas.
- August 03, 2013 No comments:

Although the  Government Medical Officers Association(GMOA)  has claimed on the contamination of  agro chemical "Dycianadamite"(DCD) in four varieties of imported Milk Powder available in  local market the Health Ministry seems to be keep on sticking to the so called Thailand lab report that said to be clearing those milk powders .both deputy health minister lalith dissasanyake and director general of health services dr.palitha mahipala were said that the the report received by the health ministry  from a laboratory in Thailand has cleared the presence of chemical DCD in imported milk powder available in local market.

However both have declined to comment   on the report issued by Industrial Technology Institute (ITI) that confirming the contamination of DCD Chemical in four varieties of imported milk powder. according to the ITI report issued on 26th of July the DCD chemical was found in four varieties of imported milk powder namely Anchor Full Cream Milk Powder,Anchor One Plus,Diamond Milk Powder and Maliban Non Fat imported from New Zealand and Australia.