The President Of the Public Services Nurses Union (PSNU) Venerable Muruththettuwe Ananda Thero has urged the government to appoint a higher official of the government service who is not belongs to the Health Ministry and also not a government doctor to investigate the ongoing Kidney racket which involves both India and Sri Lanka.

The inquiry  launched by the Health Ministry Officials regarding the said kidney racket is like inquire something which themselves  involves in as there are reports that some higher officials of the ministry as well as two doctors attach to the country's  powerful Doctors Trade Union also responsible for the racket .under the kidney racket some indian nationals who are willing to sell their kidneys for money have brought to Sri Lanka and remove their kidneys to transplant to the patients who needs the organ.

The Sri Lankan  doctor who coordinates this racket has received Rs.500,000 per one kidney transplant surgery performs through the kidneys taken from those indian nationals it has been revealed.

If the rain continues for  next 24 hours in Matale,Kegalle and Ratnapura Districts there will be possible landslides in those areas according to the Disaster Management Center.the center has advised the people in those areas to be vigilant on the situation.

Special Police Unit Has Been Setup To Probe Religious Clashes 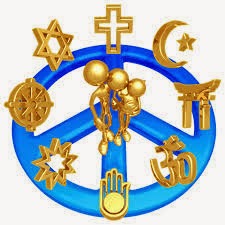 A Special Police Unit for handling complaints and matters related to religious activities has been setup today(28) in Colombo.the special police unit can be reached through the telephone numbers 0112307674,0112307694 else the fax number 0112307688.

Recently President Mahinda Rajapaksha too pledged to set up a special police investigations unit  to probe the incidents  related to religious clashes after few such incidents occurred during last few weeks.

Around Nine Gemstones worth Millions Of Rupees have been robbed by a group of men during a transaction held at a hotel in Kadugannawa,Mawanella this evening.the steeling of gems has taken place when the broker and another individual arrived hotel for the transaction .

According to the Police Sources the persons who accompanied the broker snatched the gems from his hands and fleeing in the car they have arrived in .

Mawanella Police has  conducting further investigations in to the incident.