Distribution Of Thriposha Has Become An Issue 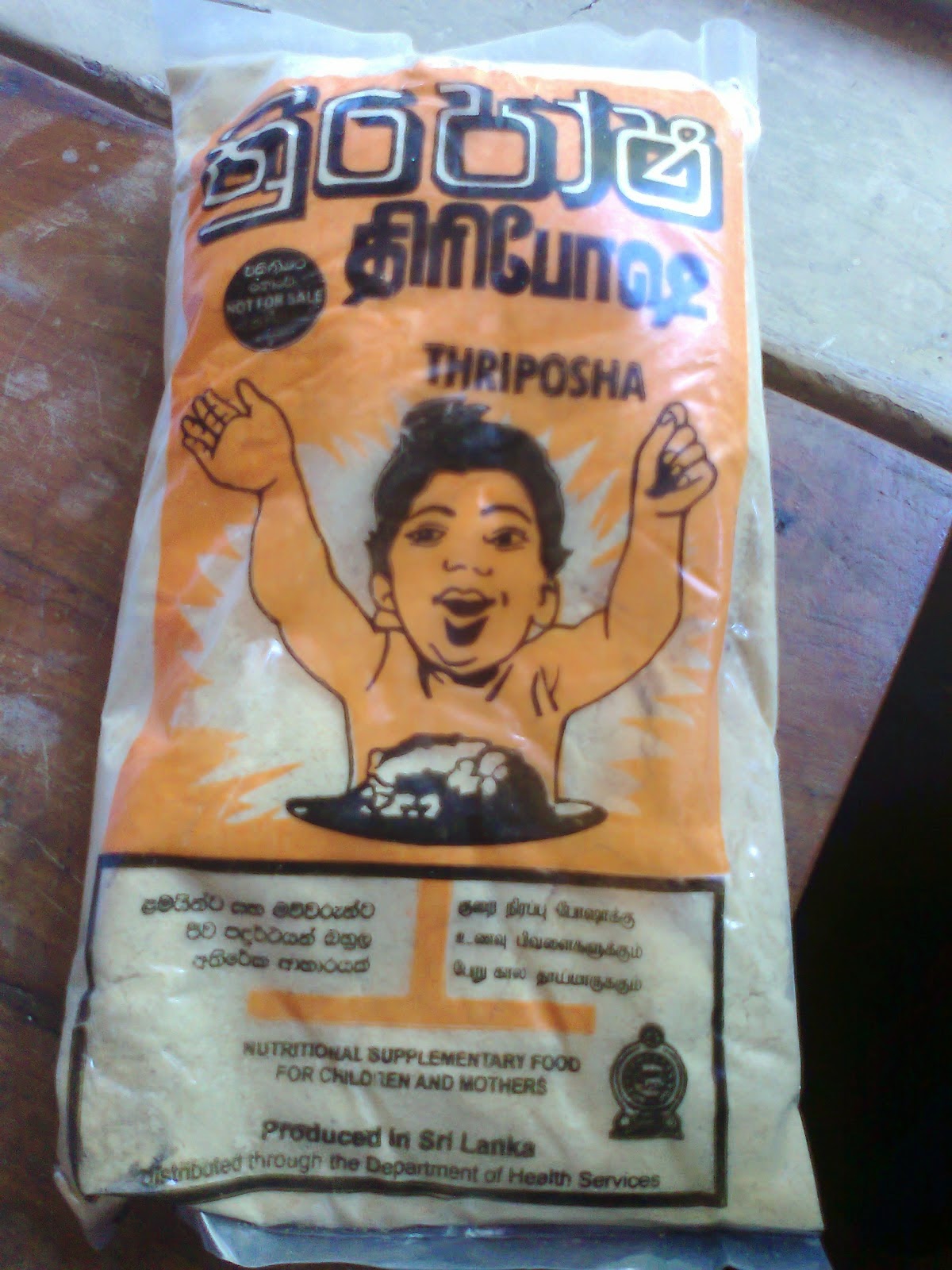 A large number of complaints are being received by the Health Ministry these days from rural and urban areas on shortage of nutrition supplement Thriposha Powder which is distributed by government among pregnant mothers ,lactating mothers and children under the age of 5 for  free of charge .

Although the Production in the Thrposha Plant at  Kapuwatta,Ja Ela (Western Province) has increased up to 1.8 million packs per month from 894,000 packets per months in last year the inproper distribution plan of "Thriposha"implemented by the director of Nutrition Division in the  Health Ministry has caused an unusual shortage of Thriposha health ministry sources said.

The Director of Nutrition who is a lady doctor in charge of distributing Thriposha among the required groups has recommending the same number of Thriposha  packs to some districts like Colombo,Kurunagala,Hambanthota,Kandy,Madirigiriya ,Gampola and Kandy in 2009 as well as in 2014 without considering new numbers of pregnant and lactating mothers and children sources have added,.

Although the distribution of Thriposha Supplement throughout the island is not up to the standard the lady doctor who is in charge of distribution process of the supplement is taking around Rs 4500 to 6000 as transport allowance for her visits to the Thrposha Plant.

A massive three day Joint anti dengue campaign will be launched tomorrow throughout the western province with the implementation of article 262 of the penal code which allows  security forces to arrest anyone without a warrant found as maintaining dengue mosquito breeding places in their backyards according to the Director of Police Environment Health Unit SSP Quintus Raymond.

While addressing a media briefing held today (02) at the Health Education Bureau in Colombo,SSP Raymond has said that although health authorities are not able to implement the said article of the penal code security officers including police officers and officers attach to tri forces who will be accompanying the health officers during house to house check in will implement it when need arise.

The three day massive anti dengue campaign which inspecting  and destroying dengue mosquito breeding places in western province will run up to 5thof July (Saturday).the aim of this campaign is to control the spreading of dengue in the province where around 60% of the total number of dengue patients reported from the island are locating.

The first massive anti dengue campaign has conducted on 20th,21st and 22nd of June this year.under the programme health and security officials will go house to house and institutions to check for
the dengue mosquito breeding places and clean breeding places if they found any. .
- July 02, 2014 No comments:

Dengue Deaths Are On The Increase

Last June was the month that a large number of dengue patients have been reported this year as 5479 patients have reported when comparing to the 2427 patients reported during June 2013.

Meanwhile Epidemiologists have said that the  studies have been revealed 48%  of the dengue mosquito breeding places in Sri Lanka are empty containers like yoghurt /ice cream cups disposed to the environment by the people.
- July 02, 2014 No comments: