Prime Minister Ranil Wikramasinghe has today(19) assured that the Army will be deployed from tomorrow(20) to protect the properties of people who affected due to floods in the country.

A large number of people who were displaced due to the floods in Colombo and several areas i the country still seen camping on the roads without going for safer places due to the fear that their properties  might be robbed.

Meanwhile those who are still at flood hit houses have complained that they are not able to buy any food from the market as shops closed early due to the fear of thieves.
- May 19, 2016 No comments:

All schools in the island  will be closed tomorrow(20) due to the adverse weather conditions prevailing in the country the Ministry Of Education has today(19) announced. 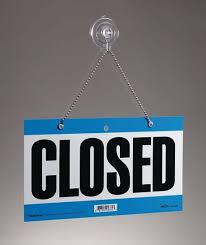 There are reports that the school text book provided by the government to certain schools in the island have washed away due to floods and the education ministry will take steps to redistribute those the Education Minister Akila Viraj Kariyawasam has stated .
- May 19, 2016 No comments:

The death toll due to rain and floods has risen to 58 and around 144 reported as missing due to the landslides occurred in Central Province according to Disaster Management Center(DMC).

According to the latest report issued by DMC 420,097 persons have affected from the floods out of this number 299,806 persons have displaced.

Due to the landslide that occurred in Aranayake,in kegalle district sripura,pallebage and elangapitiya villages were affected severely DMC has stated.

President Maithripala Sirisena has visited the aranayake landslide site yesterday(19) and met the victims.He has pledged the necessary assistance for the victims.

Heavy fog and electrical outrages reported as disturbing the search operations in the landslide site.
- May 19, 2016 No comments: