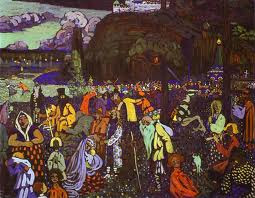 Artist is a person who   feels the heart beet , feelings and emotions of the common people.The tool of expressing their thoughts is call an  Art.Artists should be very sensitive  minded and  general belief is that they are not playing with   feelings of other people.
- August 20, 2015 No comments:

The leader of the National Freedom Front elected MP Wimal Weerawansha has arrived short while ago to the headquarters of Police Financial Crimes Investigations Division in Colombo to give a statement regarding an allegation leveled against him before the election regarding his earned assets.

Yesterday the Police Financial Crimes Investigations Division has recorded a statement from the MP's wife Shashi Weerawanshe regarding the same allegation.

Both the National Freedom Front Leader and his wife were charged for obtaining foreign diplomatic passports by producing false details on their date of
birth and the case is still pending at the courts.
- August 20, 2015 No comments:

The Prime Minister of the newly elected government Ranil Wikramasinghe has sworn in short while ago  as the new prime minister of the National Government comprising the two main parties the United National Party (UNP) and Sri Lanka Freedom Party(SLFP) at a function held at the Presidential Secretariat.

Soon after the swearing ceremony of  new prime minister the two general secretaries of  United National Party and Sri Lanka Freedom Party ,Kabir Hashim and Duminda Dissanayake respectively signed a Memorandum Of Understanding(MOU) to form a national government with the participation of MP's elected from both parties for 2-3 year period.

The Prime Minister has sworn in before the President Maithripala Sirisene at 10 a.m this morning and Political Party members,the former president Mahinda Rajapakshe and Former Army Commander Field Marshal General Sarath Fonseka were among those participated the event.

The Prime Minister of  newly elected government Ranil Wikaramasinghe is due to be sworn in on  his post tomorrow(21) morning  before  the President Maithripala Sirisene .The swearing in ceremony of Prime Minister  will be held at Presidential Secretariat.

The United National Party(UNP) lead by Prime Minister Wikaramsinghe has won the Parliamentary Election held on last Monday (17) with majority of 106 seats in 225 member Parlaiment.However the UNP has fall 7 seats short of the majority of seats(113) a party required  to get to form a stable government.

The newly elected Cabinet of the new government is scheduled to be sworn in on Monday.

Meanwhile there are rumors spreading within  Political Circles since yesterday that one of the most senior members of the Sri Lanka Freedom Party(SLFP) which is the main party belonging to United Peoples Freedom Alliance(UPFA) is due to cross over to the government during next few days .The said senior SLFP member has received votes more than one lakh at the recently concluded election sources have added.
- August 20, 2015 No comments: