Cabinet Approved To Set Up A National Information Center-Cabinet Spokesman 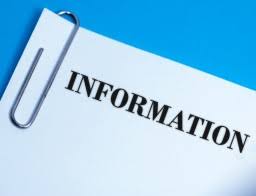 As a part of the Right To Information Act recently approved by the Parliament government has planned to collect public views for policy making and to issue accurate and trustworthy official information of the government to print and electronic media through this National Information Center  the Cabinet Spokesman has stated during today's Cabinet Press Briefing.

Activities of   Government Information Department will not be influenced through this Center he has further added.
- August 24, 2016