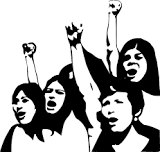 water cannons twice to disperse a group of University students attached to the South Eastern University and Inter-  University Students Federation (IUSF) who had attempted to march towards the University Grants Commission  (UGC) building at Ward Place and gathered in front of the stage where a "Satyagraha" campaign staged by University students in Town Hall.

On the  first instsnce Riot Police have fired the Tear Gas and Water Cannons towards the Group of University Students who had began a protest march from University Of Aesthetic Studies in Colombo this afternoon ,when they have attempted to enter the Ward Place to March towards UGC Building .The Ward Place was closed temporarily for traffic at that time and the motorists have been advised to use an alternative routes.

Three Student protesters and a Buddhist Monk Tampitiye Sugathananda thero who is a convener of the Inter University Bhikku Students Federation, had been injured and admitted to the Colombo National. Hospital for treatment due to the firing of Tear Gas.

Due to this situation a heavy traffic was reported from Town Hall at that time.

Afterwards the Protesting University Students gathered in front of the stage near Colombo Municipal Council where a Satyagraha campaign is being held by demanding the solutions to the students problems at Technical faculty of the South Eastern University mainly regarding the abolishing of studentship of a group of students there.

Then Riot Police had second time Fired Tear Gas and Water cannons  towards the stage there to disperse the group of University Students gathered there.

The student protesters had staged the protest march to oppose the delaying of providing solutions for the problems of the University Students .