A father was arrested by the Maravila police this evening (24)at North thoduwawa area in Marawila over attempting to commit suicide with a 03 year old child by drowning in the sea area at Marawila. 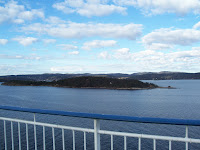 A fisherman had saved the two from drowning it has been revealed.

After being handed over to the Police the child was admitted to the Marawila Base Hospital and the father was arrested by the police over attempting to commit suicide with a child.

Police believes the father may have attempted to commit suicide over a family dispute.Marawila Police are conducting an investigations over the incident.
- June 24, 2018