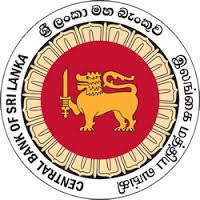 Bank has commenced  their investigations this morning (21) at it's office in  court premises in Colombo-12.

The current governor of the Central Bank Dr.Indrajith Kumaraswamy had given evidence before the commission for three hours as the first witness of the bond scam issue it has been reported.

He is due to give evidence before the commission tomorrow (22) as well.

The three member Commission headed by Supreme Court Judge K.T Chitrasiri is due hand over the report of the investigations to the president within three months.
- February 21, 2017