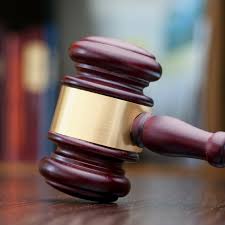 Four Civilians who were alleged as protested violently in front of Homagama Magistrate Court last week over the imprisonment of Galagodaaththe Gnanasara Thero have been arrested by the Police.

The four suspects have been remanded until 09th of February by  Homagama Magistrate today (31) after they were  produced before the court.
.
According to the  order given by Homagama Magistrate to arrest those who were protested violently in front of the court last week including so many Buddhist Monks ,police have arrested four of the protesters.