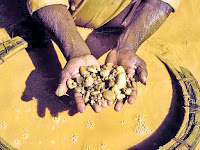 Along with four suspects the Police Officers have taken into custody few equipment and machines that were used by them for gem mining.The suspects and the equipment have handed over to the Kirindiwela Police Station for further investigations.
- July 20, 2015