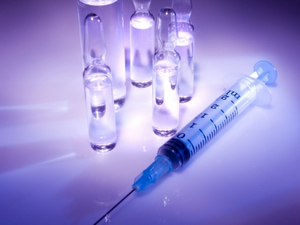 A piece of glass was found inside in "cloxacillin"  injection vial stored at South Colombo Hospital (Kalubowila Teaching Hospital) according to hospital sources.after  consultants were complained on this to the hospital director, hospital authorities removed around 600 "Cloxacillin" injection vials from use belongs to the batch number JA-6125018.

According to the director of south Colombo teaching hospital Dr.Asela Gunawardena the glass piece contaminated injection vial was sent to the national drug quality assurance laboratory for a quality test.the injection vials temporarily removed were manufactured in India on September 2012  and due to expire on August 2012.

meanwhile the medical supplies division has instructed all government hospitals throughout the island  to remove the cloxacillin injection vials belongs to the given batch number from use with immediate effect  till issuing the lab report.