Two youth who went to bath in Kelani River at 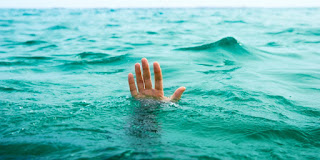 Kapugoda in Kosgama area had disappeared after drifting  away by waves today (20).

Police along with the residents of the area had launched a rescue operation to find out the missing ,However no one has been rescued up to now according to the Police.

The missing youth are of the ages 19 and 20 years old and residents of  Akarawita and Salawa Watte areas it hss been revealed.
- February 20, 2018