Galle Magistrate court had issued an interim order to a 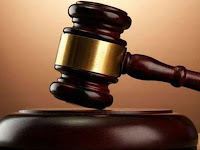 group of Buddhist monks belonging to "Sinhala Ravaya" organization last evening (29) banning holding any protest campaign infront of the Bussa  detention center where the families of Rohingya refugees of Mayanmar staying in.

The court order had been issued to a group of Buddhist monks including the president of Sinhala Ravaya ,venerable Akmeemana Dayaratne as there are reports that they are planning to conduct a protest campaign infront of the center today (30)similar to the one they have  conducted when the refugee families were resided in Mount Lavinia.

After the protests in Mount Lavinia the Rohingya refugee families have been moved to the Bussa Detention center for protection by the police.