More Than 129,000 Persons In Puttalam District Affected Due To The Drought

More than 129,000 persons in Puttalam District have 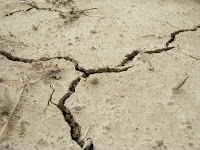 been affected due to the drought according to the Puttalam District Secretariat .

All the small tanks and majority of wells in the District have  drird up due to the drought it has  been reported.

People have faced enormous dificuties when searching for a drinking water the authorities have stated.
- July 08, 2017