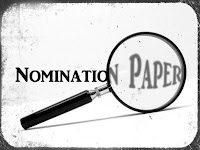 The Cabinet Spokesman and Minister Of Health Dr.Rajitha Senaratne has said today(09) that President Maithripala Sirisene still not decided whether to give nomination for former president Mahinda Rajapakshe to contest in the forthcoming Parliamentary Election.

Addressing the media to announce Cabinet Decisions at Government Information Department ,the Cabinet Spokesman Dr.Senaeratne has told the media that although speculations are there that former president has signed nomination paper today to contest from the  Kurunagala District(North Western Province) under the UPFA ticket in forthcoming election ,still president didn't give him the nomination.
- July 09, 2015