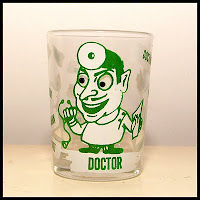 A Foreign Medical Graduate Doctor attached to the Ministry Of Health has been reported as taking six months no pay leave to go abroad by misleading the Ministry Officials and without leaving the country he is currently working at a housing construction industry situated in Colombo suburbs.

The above Doctor who is working at the Ministry since year 2007 has been reported as got the no pay leave a month ago but stubbronely using the leave to involve in another money making industry of his.He is still not received the complete registration of Sri Lanka Medical Council (SLMC) but attached to the Minsitry's planning unit due to a favouritsm of a higher official attached to the Ministry.


Even the said doctor went abroad several times in previous occassions as well but those occasions too he didn't got accepted duty leave from the Ministry but able to received full payment for the period he was absent according to the reliable sources .Due to the compalints received against this Doctor even the Special Investigations Unit of the Ministry had nabbed him three occassions but the higher official who has supported him not only saved him but also ordered to stop investigations carried against him.

The Employees of the Health Ministry are in view that an action need to be taken against this doctor who is providing bad example for other doctors as well through cheeting.
- November 08, 2011