Government Appealed To The People To Hoist National Flag Tomorrow 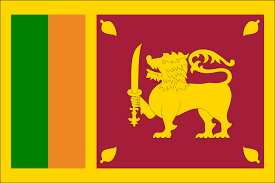 Sri Lankan Cabinet Spokesman and Media Minister Lakshman Yapa Abewardene to day Appealed to the People to hoist the Sri Lankan National "Lions" Flag in their Homes and in Work Places to honor the Sri Lankan Armed Forces who are nearing to defeat Terrorism in the Country.

Government is confident that the remaining Small Piece of land held by the rebels will liberate by tomorrow.

Meanwhile President Mahinda Rajapaksha who is in Tour to Jordan is due to cut his trip short and returned to the Country by Tomorrow.He stressed during his speech at the G-11 Summit that he will be return to a Country which is completely eliminated terrorism.