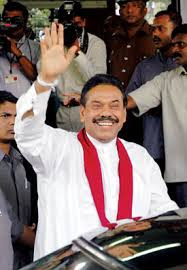 Sri Lankan President Mahinda Rajapaksha is due to Address the Nation on this Tuesday at Parliment on 9.30 A.M Local Time to Announce the Military Victory over LTTE.

Meanwhile Pro LTTE Web Site Tamil Net Published a Statement today issued by the Head of the International Wing of the LTTE Selvarasa Pathmanathan as saying that the LTTE had given up their fight and decided to "Silence Their Guns".However No Official Comment made by the LTTE regarding this Statement.
- May 17, 2009